Back to all posts

It's a new year and we're preparing to release a new record! Last week we finished tracking on our upcoming sophomore album. This is by far our best work to date and represents a more collaborative song-writing effort. The new material is definitely heading in a heavier direction, but retains similar dynamics to our first record, with plenty of ups and downs throughout. For the new album we went back to work at the Tonic Room Studios with our good friend Jason Ringelstetter engineering and co-producing with us. We definitely wanted to up the ante and approached the production from that standpoint. When we started tracking last January, Jason and Beau took extra care to get a giant drum sound (the studio even bought a new preamp/compressor to use specifically for the drums on our record). Throughout the guitar sessions we tried several different combinations of amps, mics, and effects, even running a direct guitar through some plug-ins and reamping through P.A. speakers to get a particularly sweet nastiness. Over the last month we took the opportunity to add all sorts of ear candy including plenty of color guitar work, vocal harmonies, extra percussion, and even a little synth. We also had an opportunity to invite a few of our biggest fans to join us in the studio for a group vocal part (video to come).

We're on the home stretch now! With just a few minor postproduction tasks to finish, the album should hit mixing in the next week or two, while we move forward with artwork concepts, new design and new merch. We're excited to share the new recording with you and and will continue to update here and on social media. In the meantime, you can catch us performing the new songs at any of our upcoming shows!! Much love and thanks for the support! 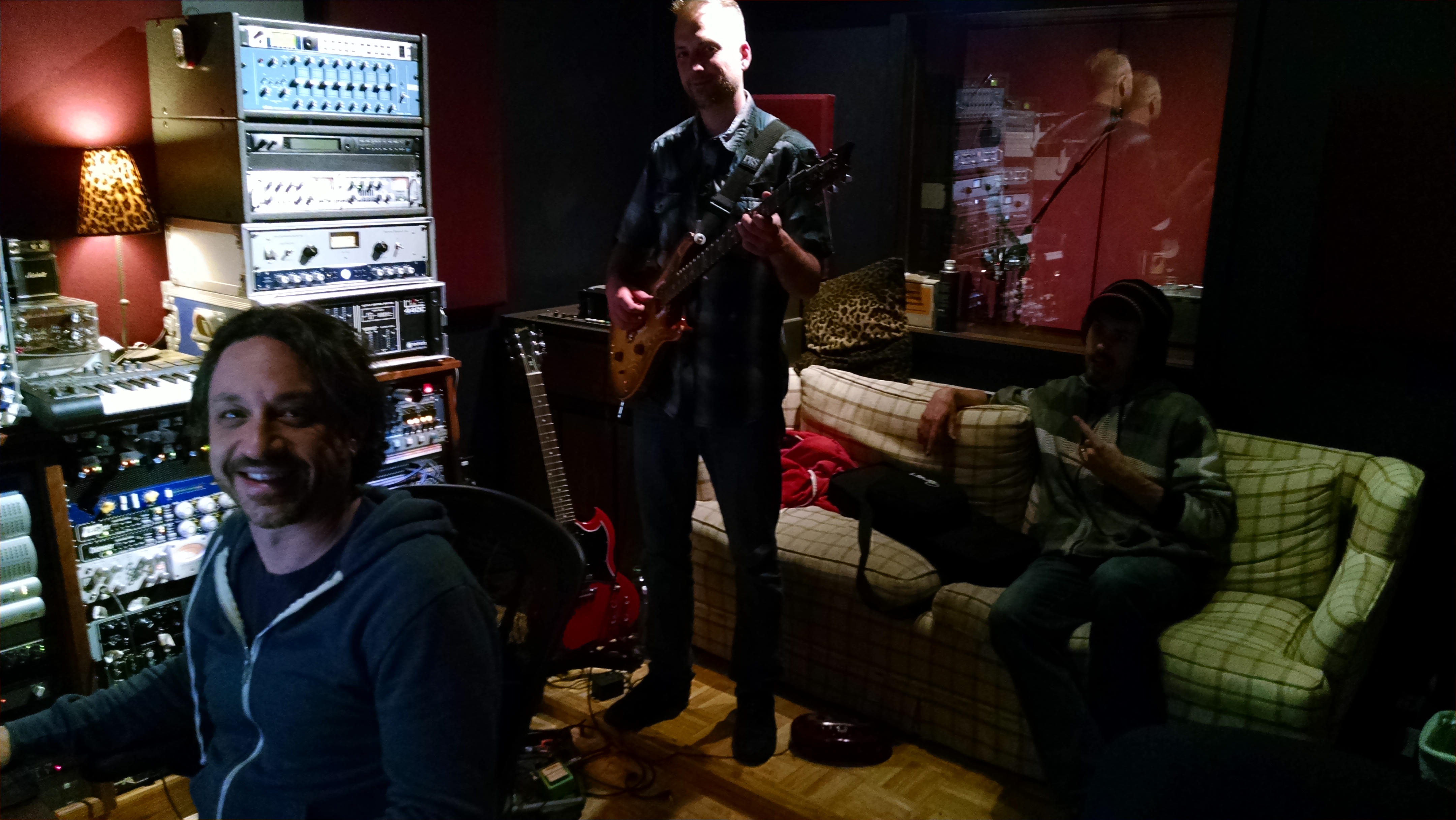